People often guess, comment, and think that I'm at least 10-15 years younger than I am. I wear my age proudly. 1967 was a great year for my mother! LOL. 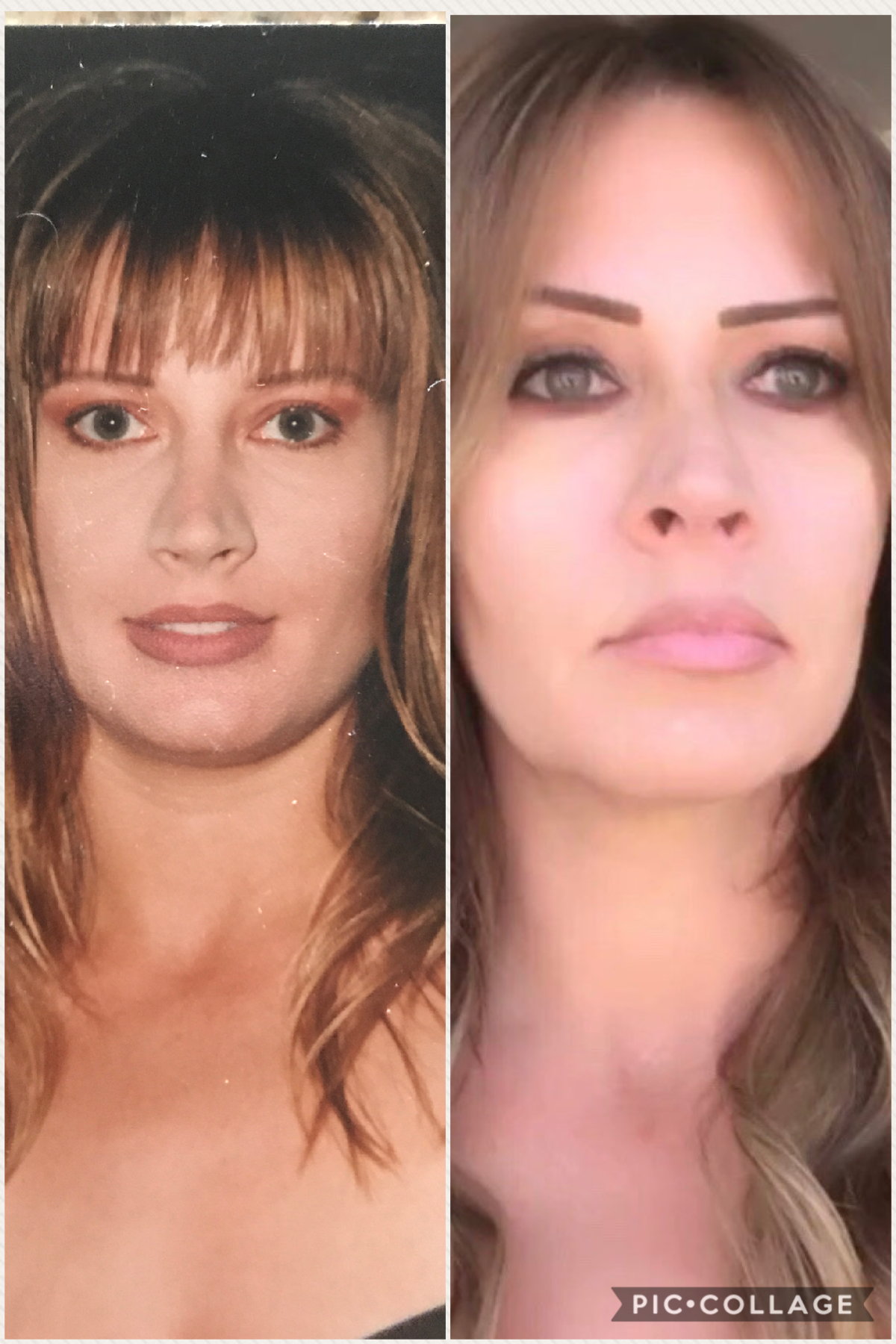 She birthed her only daughter.
This picture is age 25-52.
I think I'm aging...Well.
I think of "anti-aging" as those who Botox and get face lifts.  I am 100% positive I shall not do either...ever.
How is it I am so "lucky"?
I'm not.
I planned this.
I planned this as far as reading articles and information as far back as when I was only 11 years old.
"Don't tan your face, it will age you."
"Don't smoke as it will age you."
"Don't abuse alcohol, it will age you."
"Don't use drugs, it will age you."
"Don't live your life stressed, it will age you."
No problem!
I dig all of those!! LOL
What could trigger the body into slowing down what ages our cells?
This is easy.
Dr. Leonard P. Guarente, a biology professor at M.I.T., hit upon a potential answer when he was studying yeast cells in the mid 1990s.
As expected, the cells lived longer when they were given very small amounts of food, and Dr. Guarente began manipulating the cells' genes to determine what part they played in the extended life span.
When yeast cells undergoing caloric restriction were endowed with one certain gene, they lived even longer, and when that gene was eliminated by Dr. Guarente, the caloric restriction was for naught, and the yeast cells died.
That gene was silent information regulator No. 2, or SIR2.
SIR2 appeared to stop the aging process by stopping the production of waste material in the cell, which allowed the cell to work better for longer.
Dr. Guarente was able to duplicate his results with another small organism, the roundworm, which demonstrated that this gene played a role in extending longevity during periods of caloric restriction in several different species.
But what of humans?
It turns out humans don't have SIR2, but we have a gene that appears to do the same thing: SIRT1.
Both SIR2 and SIRT1 seem to work the same way in the body; they're charged with repairing DNA within the body and suppressing certain genes.
Gene silencing, as this suppression is called, is important because if the wrong genes become activated, then the cell's function could be destroyed.
It may be that cases of Alzheimer's and diabetes occur because of this type of genetic malfunction.
Dr. Guarente believes that as we age, it's harder for SIR2 and SIRT1 (collectively known as sirtuins) to multitask, so that this gene silencing falls by the wayside.
As a result, we end up with the conditions we associate with old age, like cancer, heart disease and the aforementioned Alzheimer's and diabetes.
It seems that caloric restriction is so effective because it helps sirtuins work better within the body.
Still, if a calorie restricted diet is unrealistic, then how does knowing this help us live longer?
How do we get those genes to kick in more often?
It turns out there's an intermediary: Caloric restriction increases the amount of nictotinamide adenine dinucleotide, or NAD, in each cell.
That's because NAD is normally converting all that glucose in your food into energy.
With fewer meals, there's more NAD available, looking for something to do, and what they end up doing is spurring activity of SIR2 and SIRT1.
Boom.
Am I calorie restricting?
Not a drop.
In fact I eat more than any person I am ever dining with even men, and yet I am a slim size 6 and have maintained this for seven years since I lost 40 pounds the same year I hit menopause.
I know what I'm doing and I know what I'm talking about.
I walk the talk.
Let's take a health consult on you, and get you the same results.
Lose weight.
Look great.
No meds.
No MLM.
No silliness.
Join my Menopause Membership at www.MenopauseMembership.com